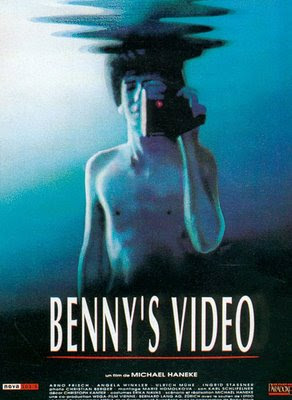 
For his second feature film Benny’s Video, Michael Haneke’s focus remained on his pet subject of alienated individuals who react against the moral laws and commonly accepted norms of social behaviour. But whereas the nature of the Schober’s societal malaise in The Seventh Continent is left largely undefined without apportioning blame, there is little ambiguity at all about the root of Benny’s problems.
Benny (Arno Frisch) is an only child, a bright and intelligent teenager – he makes a lot of money for a pyramid scheme he has started in school – given a great deal of freedom by his parents, but little real parental care or supervision. He has a room to himself, a television, video cameras and is generally left to his own devices, listening to heavy rock music and free to watch whatever he chooses from the video rental store. His choice of video is usually horror films filled with gore and graphic violence. One day he meets a young girl of his own age outside the video store and brings her back home and shows her some of the films he watches, including a video clip of the slaughter of a pig on a farm that he has filmed himself. He shows the girl the bolt-gun used to kill the animal, which he has taken from the farm and kept hidden in the room, but while playing around with the tool, something terrible happens.
With Benny’s Video, Michael Haneke again steps into dangerous and controversial subject matter, the very first scene of the film itself showing quite graphically the matter of fact slaughter of a farm animal. As ever, his approach to the rest of the film is similarly documentary-like, apparently distancing himself from making any overt commentary or statement, but the implication is nonetheless quite clear. Children are influenced and increasingly desensitised by the pervasive violence that they see on television. Haneke might disingenuously protest that it is the viewer of the film that makes this connection too simplistically, but the directorial choices of what is shown are full of intent, contrasting Benny’s listening to Heavy Metal music and his choice of horror videos with the young girl’s enjoyment of Roger Rabbit cartoons, effectively saying that this preponderance of violent imagery on our TV screen is killing youthful innocence. It is also significant that the film’s central and most disturbing scene of violence is seen entirely from the perspective of a video monitor.
Haneke attempts to blur the issue of screen violence by including violent television footage of the Bosnian war and news reports on football hooliganism, which he no doubt includes to counter the rather simplistic link between the video nasties Benny watches and the everyday violence in the world, but their inclusion is also problematic – is this where the lack of social responsibility leads? He also examines the part the parents have to play in their son’s actions and questions whether it is even possible to protect children from witnessing such scenes in our current society. This abdication of responsibility on the part of the parents and as a societal problem is mirrored in the pyramid scheme, a sad reflection of a society driven by greed, exploiting others without conscience. The single most significant image of violence however is the home video Benny has made himself – footage of the slaughter of a pig he made while staying at a farm with his parents. This video clip is watched repeatedly by the boy, rewound and replayed in slow motion. But the connection drawn between screen violence and real-life copy-cat behaviour is too obvious and simplistic, and it contains none of the menace of inexplicably disturbing scenes of the Schober family watching Jennifer Rush and Meat Loaf on television in The Seventh Continent and none of the more unsettling questions about our reaction to screen violence that Funny Games would later raise.
There are some interesting issues approached here however, principally the fascination of the filmed image and how it can take on a greater power than reality itself. Benny is shown clearly as being able to relate emotionally more to images on a screen than the real world – the blinds on the windows of his room are permanently pulled down, leaving a video image showing a ‘live’ view of the street outside on his video monitor. The film is also notable for the border of controversy that the director is obviously skirting himself in showing these images in his film, making the viewer complicit and – much as he would do with his careful depiction of violence in Funny Games – forcing the viewer themselves to examine their own reactions to what they are watching. It is perhaps to avoid such accusations of using exploitative and controversial imagery that Haneke’s tone here (much like his approach to Code Unknown) is rather didactic and hectoring, having little of the sublime power of decontextualised imagery in his more successful films like The Seventh Continent and The Piano Teacher. Regardless of how successful you regard Haneke’s treatment of his subject matter, there is no doubt that he is a master of formal technique. Meticulous and precise in its presentation, stripped down and rigorously economical, there isn’t a moment of Benny’s Video – at least in the first hour or so – that isn’t loaded with significance, oppressive tension and a deep sense of foreboding.
(daqui)


Benny's Video is a smug, contemptuous, passive-aggressive attack on the dehumanizing effects of media, without even the common decency to offer shrill sensationalism to punch up its subsequently feckless, reactionary, pomo assertions. Benny is a young, slate-faced neo-Nazi-to-be who checks out at least one violent video from the corner rental outlet every day. The desk in his room (in his parents' swank high-rise condo) is so completely covered with a makeshift video-editing bay that he does his homework lying in bed while blankly watching Hollywood carnage. His favorite video, though, is a nasty piece of piggy snuff he shot himself while on holiday with his parents at their country ranch: a jumpy one-shot affair in which farmhands lead a hog out into the open and terminate it with what seems to be a .30 caliber pellet gun.
Maybe it's the cold-blooded efficiency of the slaughter that appeals to Benny and causes him to hypnotically rewind the footage over and over again, and maybe it's the blunt force of the murder instrument that gives him a case of sticky fingers, but eventually the time comes for him to film a sequel. Having no pigs available back in the city, he invites a pudgy, pink young girl he often spies frequenting the video store up to his room, trains the camera on a master shot and shows her the losing end of the tube-shaped gun's barrel. Haneke films the scene as he subsequently would most of Caché and The Time of the Wolf, both infinitely more intriguing films that tiptoe tipsily along the eschatological line between nihilism and a liberating sort of insane hope. That is to say, he films it with the sort of poker face that Jonathan Rosenbaum once wrote about observing in Brian De Palma as he watched an audience ride out Dressed to Kill's museum chase scene. It's a face that keeps its composure even as it all but gushes, "My, aren't we amused!" (Preferably in the voice of latter day Vincent Price, with "aren't" coming out as two syllables.)
I know that I wrestle with the question of being amused against being abused constantly when trying to reconcile my affection for the likes of De Palma (or, more to the point, Cannibal Holocaust), but Haneke's early works, climaxing with the utterly reprehensible albeit cathartic Funny Games, deploy both amusement and abuse in one-two fashion, usually at the precise moment where a little bit of the opposite effect would've gone a long way. What the fuck are we supposed to do with a polemical screed against the numbing effects of violence-saturated media that insistently keeps its captive audience as numb as its characters? Are they expected to learn from Benny's example? Probably not. More than likely they're expected to empathize with Benny's shell-shocked parents as they attempt to clean up their pathological son's mess. Which, in the film's final scenes, reveals Haneke's undiluted bad faith in anyone stupid enough to take Benny's Video seriously. My advice to those up for the challenge is to repeatedly knock on your own skull and exclaim, "Think, McFly, think!" Otherwise risk a thousand paper cuts from the binding of Haneke's antiseptic dissertation.
(daqui) 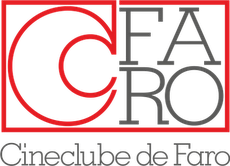 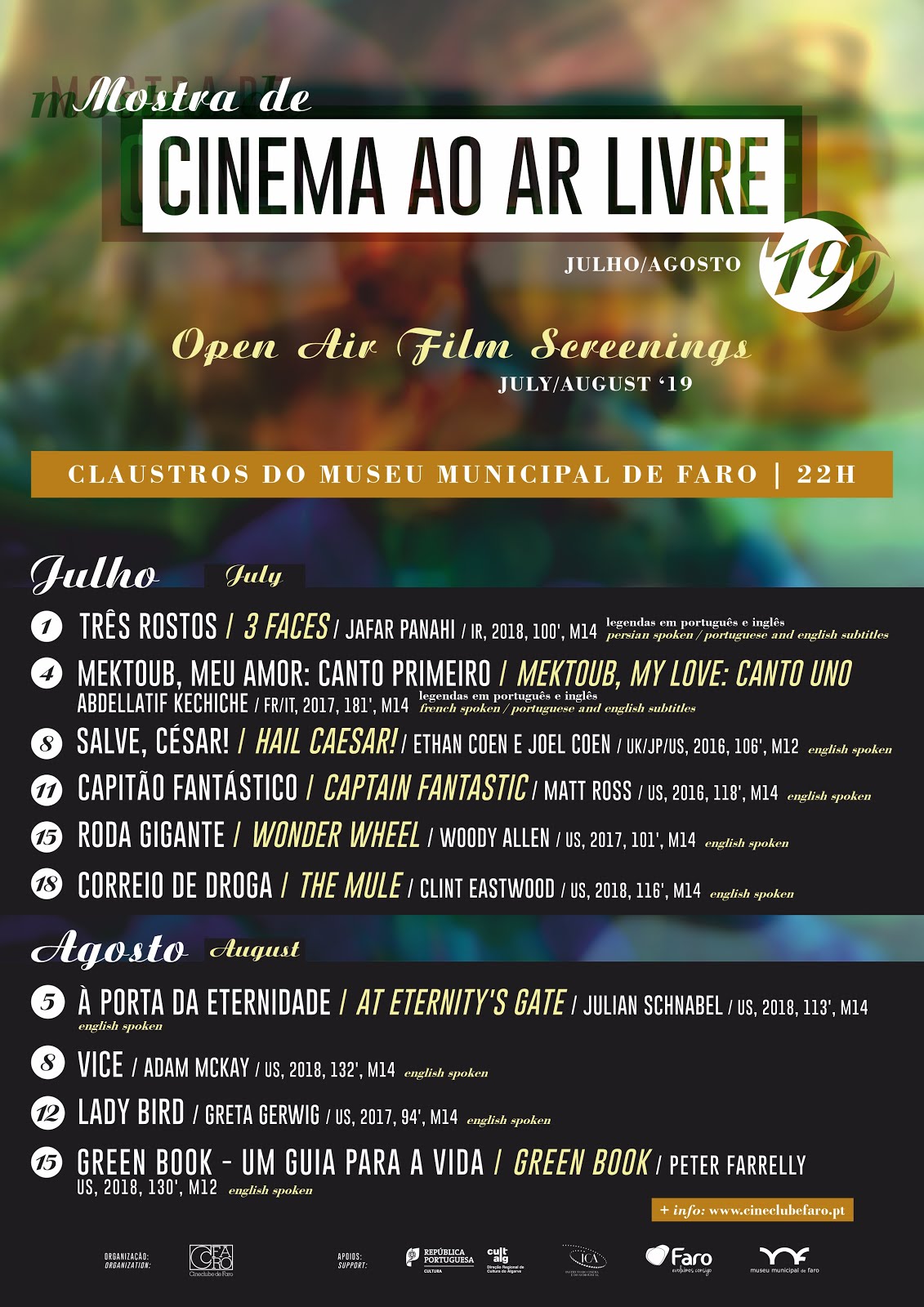 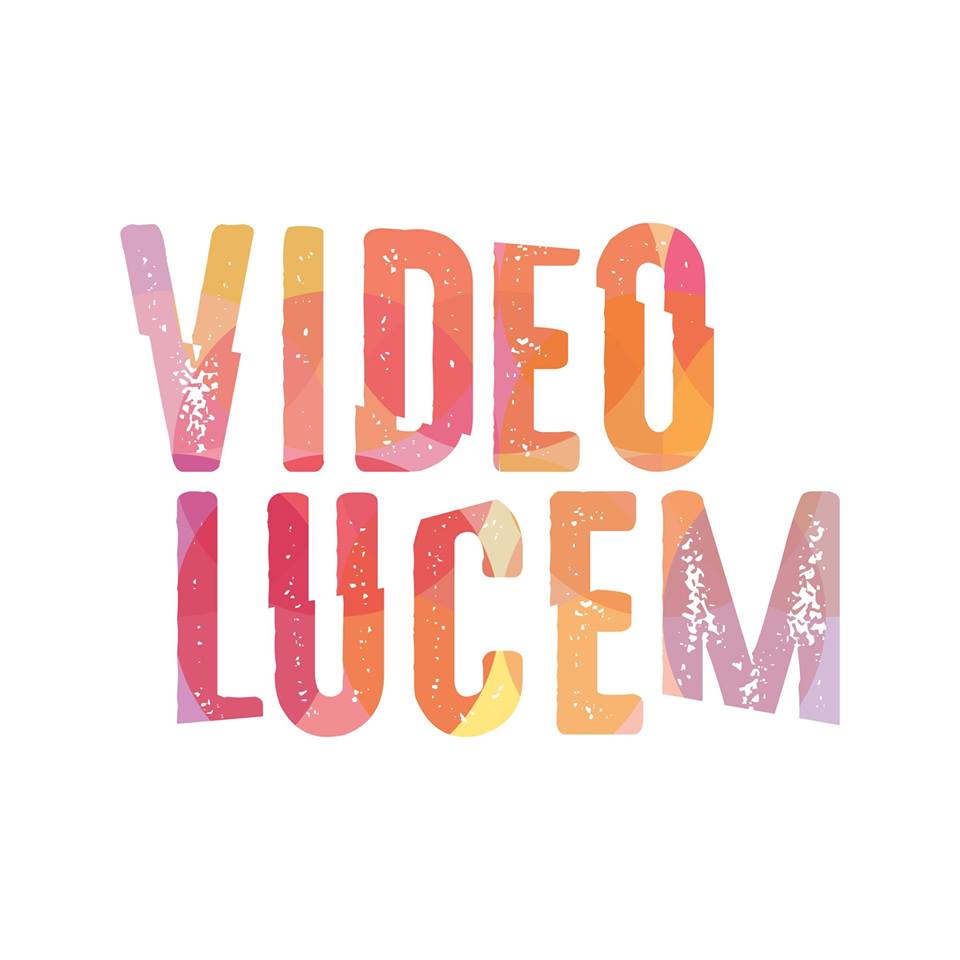 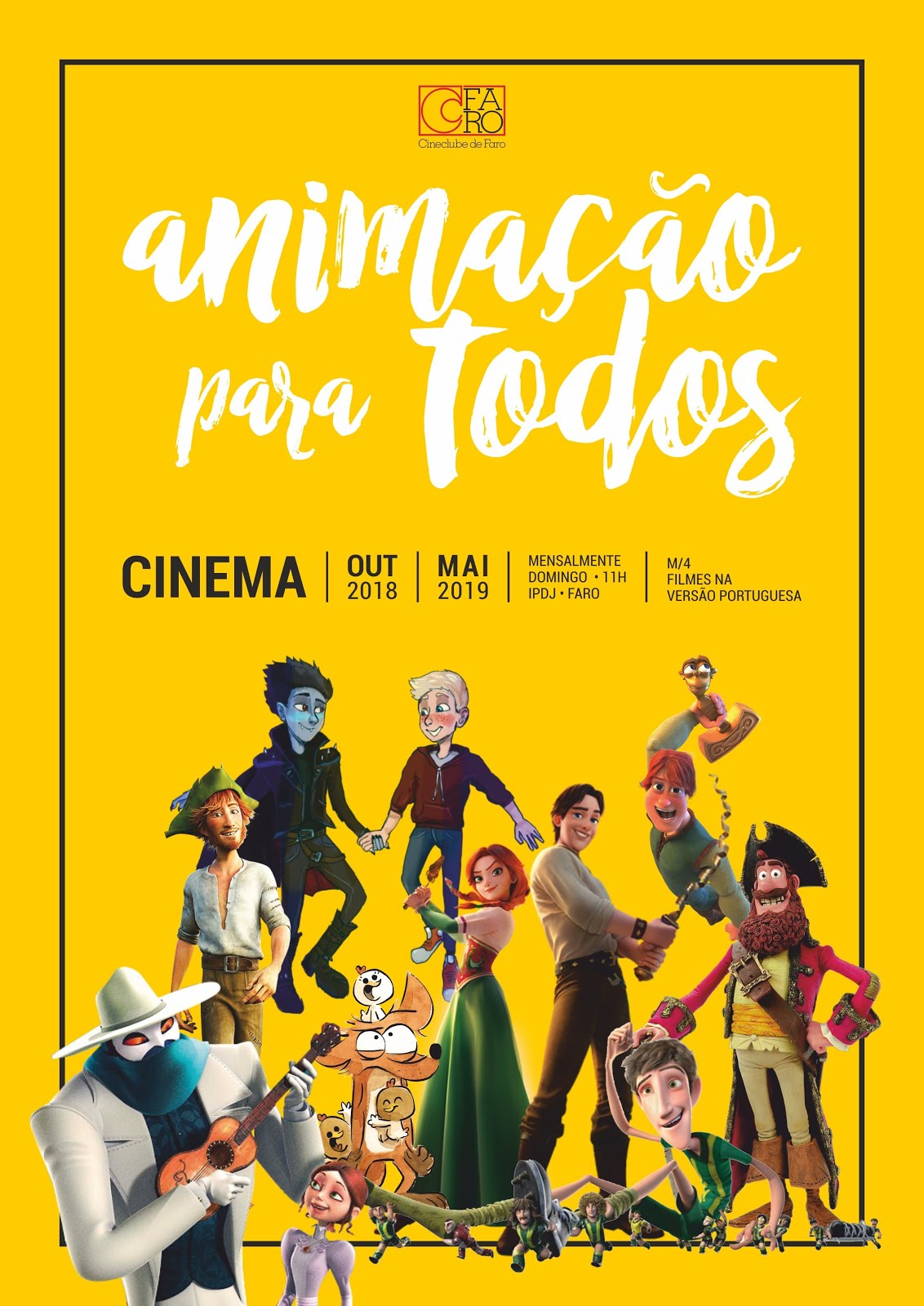 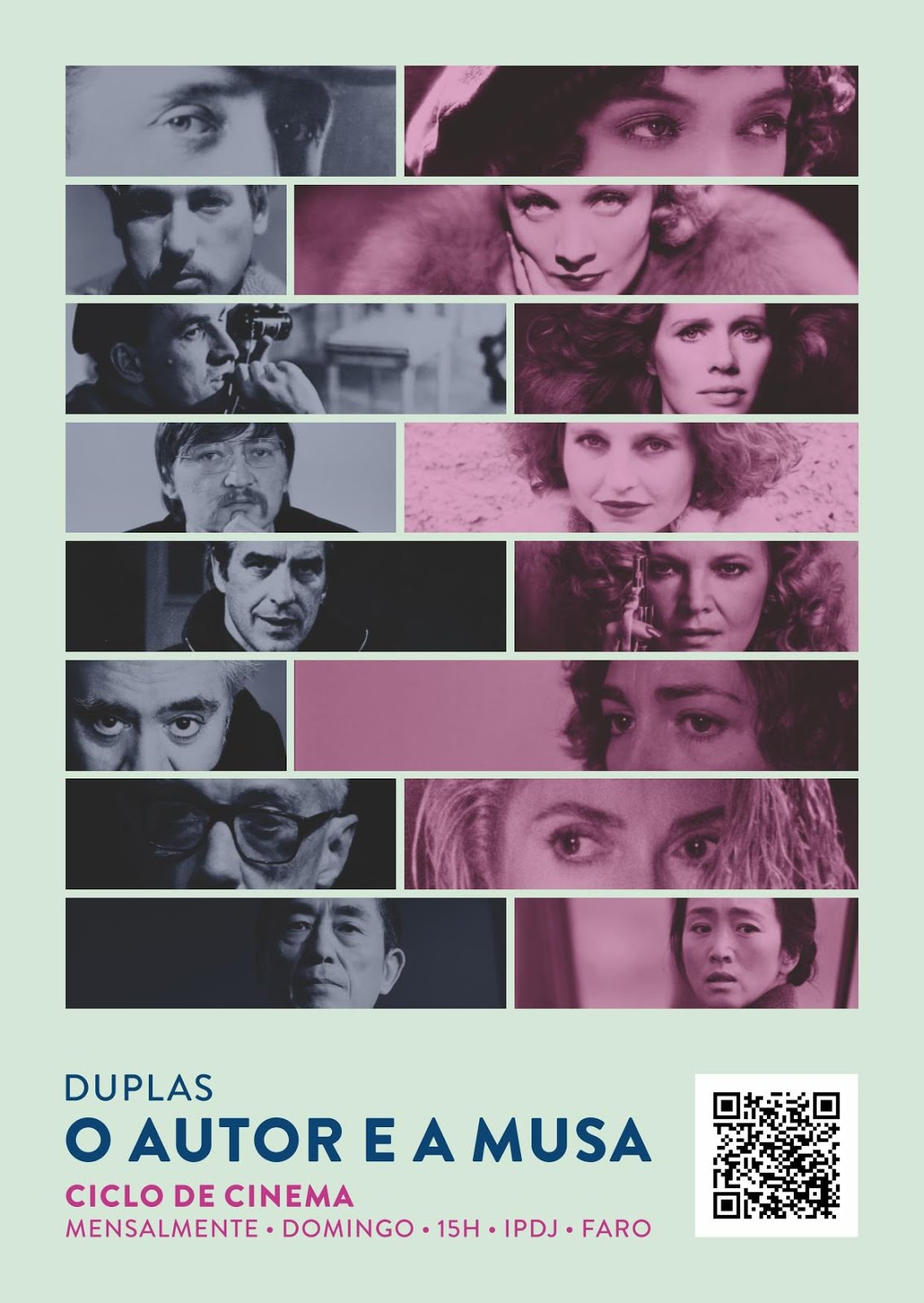 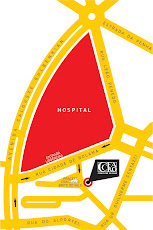